The Finnish people love their sauna. And so loves the cosmopolitan Lewis Hamilton, as well.

Hamilton is a big friend of Finland. And that love is not a sudden ecstacy by no means. The 32 year-old British star feels himself being part-Finnish.

In a special Turun Sanomat interview focussing on being Finnish the triple world champion opened up thorough about his first visit to a Sauna.

– The Finnish Sauna was quite unique experience for the first time in my life, Hamilton smiles.

That visit happened more than ten years ago as Hamilton was being prepapred for the challenges of Formula One, and Aki Hintsa, the head of well-being of McLaren-Mercedes team, took the youngster to his father’s Sauna in the central lake area of Finland.

– That time I was with my trainer Adam Costanzo. We went to this place – it was the Sauna and the room next to it, like a living room. I did not know anything how it was. Aki took us to the room and said, this a Sauna. I thought it was a normal room.

– He got completely bad naked in front of me and Adam. We did not know each other that well, and I was thinking what is going on here. There were three dudes. We were a little like suspicious, and Aki said, see you and ran out, went out of the door and left me and Adam standing there.

– Are we supposed to follow him, and do the same? So we said okay and we got undressed. But being grown up in England you are very private and covering up. We came to the Sauna side, three of us in the Sauna, and me and Adam kind of trying to cover up the private parts. Aki was just sitting there his legs open, and saying this is great, so great.

– Aki was very hardcore, and loved a very hot Sauna. For sure he would have it to the proper spect. It was so hot and I was there like three minutes and I was dying. Then Aki said, okay, now we go out and run in the snow. What? He said you run down and roll in the snow. I had never done this kind of stuff, where I am from. It was an amazing experience and I loved it.

– That is something I can inherit to my life style. Strange how you travel the journey of your life, you get different experiences that you put in your bag and carry on with you.

– I go to Colorado every year. I have built a Sauna there. Everyone that comes to my house has to go to a Sauna and roll in the snow. It is like a test you have to pass. It is kind of cool to bring the culture from the different worlds.

– My family is a Caribian family. They have never ever taken a Sauna or done snow rolling. Now I have all my family doing it. It is quite cool, you know.

What about swimming in a glade?

– In Finland then I did not swim. I went in a hole. It became like a competition how many times you are able to do it. I did like eight times against my old team mechanics. Head down in the icy water. There are no words to descrice how horrible it is.

How was is it with the Finnish sport centers?

– The tests were really great. When I went there, I felt like Rocky in the movie where he fights against that Russian boxer. The amazing work-out he went through, came to my mind and I felt like I was in the same experience. It was very easy then to see, why the Finnish are so good in sports. The methods and the training facilities are not the most luxurous. They are very basic, but the process they have is the highest I can imagine and it was a great experience.

Hamilton has wanted to tell about his warm relationship to Finland and he asked Turun Sanomat to make Finnish questions to him in the press conference after clinching the pole for Canadian Grand Prix in June.

Why did you ask that?

– Because at the time you are the only Finnish reporter here, the recognizable in the paddock. Every time we see you raising your hand in the press conference, we know immediately, you will ask your question from the Finnish drivers.

– I have also spent a lot of time in Finland, and I have a real love for it, which I doubt the Finnish people don’t know about.

Do you know anything in Finnish language?

– Only kiitos (thank you) and Sauna.

– Antti was my third trainer and Ville was the last one. The process is no conflict, very calm approach that the Finns have, very straight and it works very well. It is pleasant to work with.

– Propably my lifestyle does not suit many of the Finnish people. On the road it is very, very tough for anybody no matter were you are from. Not many would last with me.

– Right now I am my own trainer, it is just easier that way at the moment.

How big was the importance of Aki Hintsa to your huge success?

– I think it is very difficult to grade how much one person is in procentage or what ever it is, but Aki for sure had abig impact in my life on a personal level. When my relationship started with Aki, he really gave me a kind of sign when I was young. Ron Dennis asked him, does he think I was ready for it. Aki looked me from head to toe and looked into my eyes. He could see the passion and the desire. He could have stalled it, my career, and sent it to a completely different direction, but he supported it.

– That relationship continued to grow. Then his implementation of the way I was training, supporting me, showing me the Finnish ways, a lot of knowlegde that Aki brought along to myself and the team, he definately had a heavy impact to my life.

– I was lucky to know him. He was like a saint, such a caring person. We need more people like him. He was going through the difficult times in 2015. He promised, that if I win the championship, he fights that cancer to come back to the paddock and be there in the last race, as he did.

Were you surprised while you heard Valtteri Bottas will be your teammate?

– Not really, no. I knew there were certain candidates considered. I think we all at one point knew Valtteri is the best option - a driver with a lot of growth in him, and already very solid with results. I was really happy. We always had a good interaction before. I was sure it was going to be a good partnership. And so far, so good.

– He won in Russia for example, and for me, I could not be happy, because he did a better job all weekend long. I am usually having a feeling with certain drivers, that I have to work harder and got to do better job next time, if I want to beat him. It is the same, when I win, he feels the same, he got to work harder. It is rather than being any sneaky or anything devious, it is just the passion of the sports and drive. Just cool.

Can you see Valtteri becoming the next world champion from Finland and can it happen, while you are still around racing?

– I do think Valtteri has got the ablility to be a world champion. He is much younger than me, so he has got more years than me. This experience together, this journey together, we both continue to grow quite a lot. And being in this team, which strives so hard for both of us. I work as hard as I can to capitalize all, but he definately has what it takes to become a world champion, Hamilton assures. 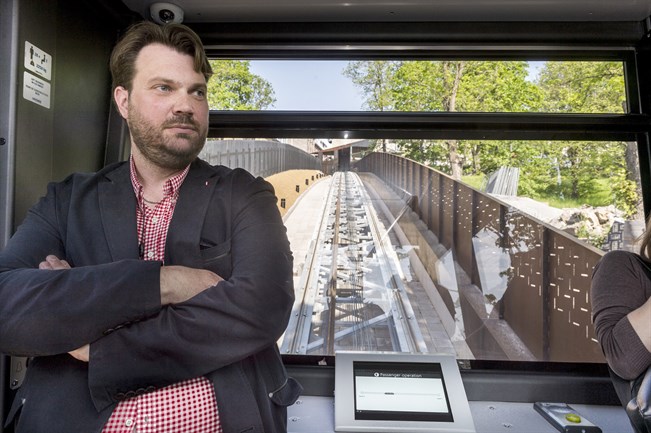 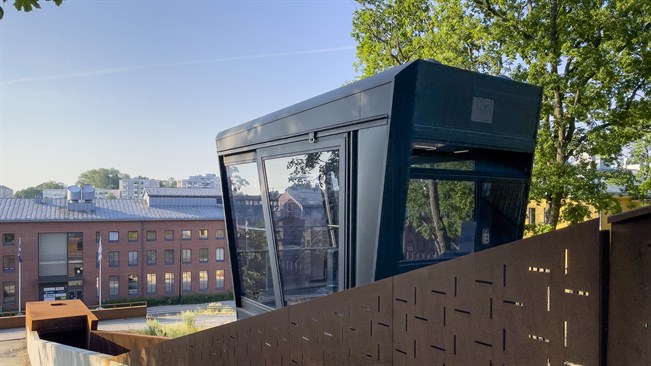 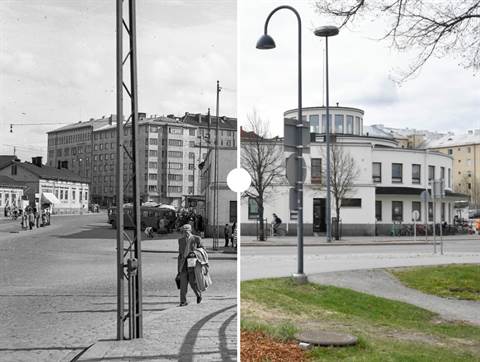 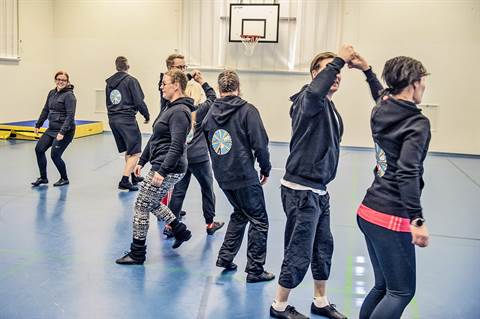 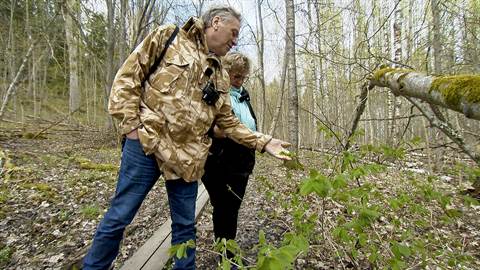 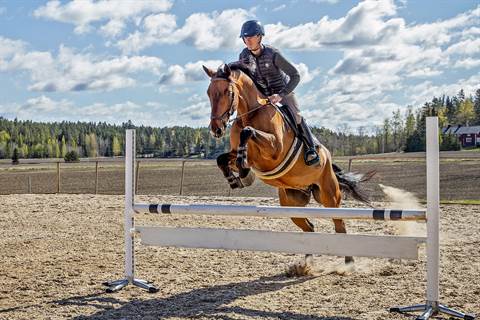 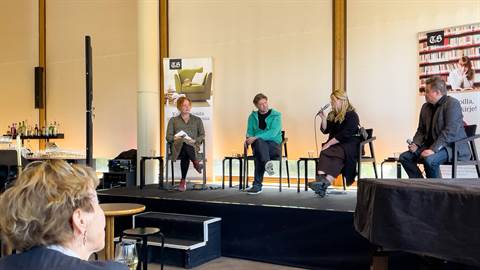 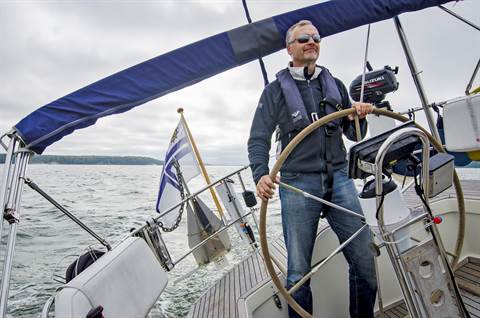 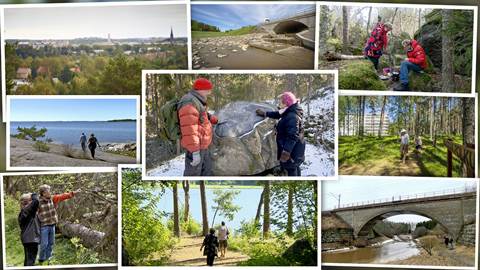 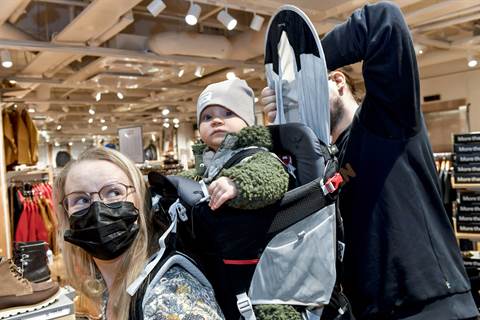